For the Love of Wada Pao

Today, I am in binge mode. I want deep fried deliciousness entering my system. And I want carbs. Lots and lots of carbs. Enough to soak up all my cravings.  So I hop out of my house and take a quick jaunt down my lane to the uber popular wada pao* stall. From a distance alone I can see people milling around him, but I’m a regular, the privileged one, the fair girl from the North, and I always manage to skip ahead of queue with as little as one ounce of my charm. Today shall be no different. But I notice a group of burly, famished, college students (also regulars, observed from past interactions) make their way towards him from the opposite direction, so I quicken my pace and march down the lane, to beat them to it, my Type A, competitive self springing forth with each step. I must retain my status, after all. And then I sulk, because they get there before me, and I must merge with the crowd to wait out my turn with patience, a virtue I don’t exactly possess.

However, I find an empty spot in the corner to snuck my money through, hoping to still get the quick access that I am so used to, to my indulgence, and scoot. But no reaction. How very strange! Usually it is a thirty second deal where I wave out my cash, they near-snatch it, and stuff the corresponding snacks into my hand, neatly folded within the previous day’s Marathi newspaper. Not today. The Gods above are truly testing my tolerance. There’s obviously something wrong. I throw a quick glance around, surveying the crowd. At least thirty (if not more) hands are holding out money, but there are none of the typical, quick transactions, or exchange of Gandhi faces for piping hot potato dumplings canoodled between the humble bread. There is NO MOVEMENT. It’s like being stuck in the doldrums on the outside, while a storm of hunger rages within. Someone senses my confusion, and announces, “Wada khatam ho gaya hai. Wait karna parega.**” Ah! That explains it, the absence of the customary high-intensity action that then leads to instant gratification. No wonder, then, that Hunger hangs in the air, in quiet desperation.
Each one of these thirty hands dangling with cash belongs to thirty stomachs that are grumbling, to mouths that are perhaps salivating away in anticipation of that first, heavenly bite, when their teeth sink into the soft bread that gives way to that crispy top layer fried to perfection, before the hot potato falls onto the tongue, while three varieties of delectable chutneys tantalize the rim of the mouth, just as the nose inhales that heady aroma and the eyes water from spice and satisfaction.Thirty human beings who momentarily stopped whatever it is that they were doing, or wherever it is that they were going, to satiate the universal clarion call of their stomachs. Thirty people, some rich, some poor, others just teenagers, and a few old men; a white collar employee with a fancy tie, a rickshaw driver in his khaki clothes, a short aunty with shopping bags in her hands, another young lady with a baby in hers, and me. So many diverse people at one roadside food stall, congregated and waiting. So many lives at this one corner of Maximum City, united with one common feeling – HUNGER.

I glance behind the wada pao stall owner’s shoulder, and two men are toiling away over a massive wok with boiling oil, dunking tiny balls of potato smeared in spiced up gram flour paste, into it. Those lovely things are frying. You can hear that cyclical hiss, sizzle, crackle, even from this distance, the one that signifies cold potato kissing hot oil. And you can tell the wada is nearly ready, for that gentle fragrance wafts through the air, engulfing your very existence. My mind is going crazy. I need this fast, or I may even cry.  And then, after what feels like an eternity, several sunny spheres float down that hole in the wall like golden angels. The crowd almost cheers in unison, and I catch myself, and several others around me, smiling sheepishly to ourselves. Who knew ten rupees spent on a simple snack of bread and potato could bring so much joy. And that first bite after all that tedious waiting!? A real mind-quake!! Guess good things do come along with some patience…

Oh, and ALL HAIL CARBS!

* Wada Pao is a popular street food in Maharashtra. Wada = Deep Fried Potato Dumpling,  Pao = Maharashtrian Bread
**The Wada is over. You will need to wait (till we get the freshly fried ones).
Posted by ~anka~ at 8:20 PM No comments:

Of a DELNA Dinner and some cultural exchange

The year has gone by in a flash and some more, and while I sip on some delicious memories in the comforts of the valley I call home, one question I often ask myself is: what was the best form of cultural exchange that I experienced at INSEAD? Was it the multi-lingual parleys in the classroom or the varying dance moves during the gazillion parties? Could it be the differing sense of humour or the lack of, or maybe songs from all corners of the earth we all learned to love? Maybe it was the great cultural experiences during our travels or the 'sampling' of local alcohol. Or perhaps it was the discussion over national or religious traditions and the celebration of one too many festivals... ah! and of course, the greatest cultural exchange would happen during national week biddings and the national weeks themselves - painting the campuses with Desi colours while others served sauerkraut and yet another set of people screamed #yallavote just as the Italians bribed us with (kept) promises of Ferrari rides and the Latin Americans shook the earth with some serious Samba.

However, one way in which cultural exchange personally stood out for me was through meals over national and regional food - whether it was Chinese hotpots or Peruvian piscos, stolen knafehs or silken snails, Swiss raclettes or Korean bar-be-ques. It's what made me understand the temperaments of my fellow classmates better for I stumbled upon the realization that we are all made up of flavors we grew up on. And so in the ebbing weeks of my INSEAD life, I decided to rustle up a standard north Indian meal for my darling DELNA hosted at none other than my beloved, Hameau de Montmelian.

The menu I set for this meal was vast and rather daunting to cover (you know I was not much of the Indian cooking types - try me now :p) and today I will be sharing recipes, stolen from my mother's kitchen, as is the case most times, of two dishes from below:

** Special chicken masala is a homemade specialty of the above roasted and ground separately in nearly the same quantities. If you do not have the patience to this, you could simply omit it - it simply gives a bit more flavour to the dish

This is one dish that, if I were to ever lose access to non-vegetarian goodies, I could eat for breakfast, lunch and dinner. It is such a family staple that myth has it during blood tests our family doctor literally finds traces of paneer on the syringe! What it translates as in plain English is cottage cheese, and in India you find various local vendors and even bigger companies like Amul and Nestlé that sell blocks of this. However, I learnt to make this dish from scratch, and that is the version I am going to share with you here. Recipe below:

NOTE: Dear Reader, I have concluded that Indian cooking is not so much about exact quantities. Most Indian meals at home are cooked "andaazay se" which is to say, it is done by years of practice and approximation. Therefore, you may want to play around a bit with the proportions of the ingredients and arrive at your perfect permutation. With the above I believe I arrived at mine.

Now, now, my gorgeous DELNA boys were either too hungry or too nice, but to quote my most favourite Italian, E "it is the best Indian food I have eaten!" Not sure if he has eaten any at all to be honest, for he is a man sworn to his pastas and pizzas, but I will choose to believe him anyway! And just to sign off the first post of 2014, here are a few pictures from the night I thoroughly enjoyed the desi cultural exchange: 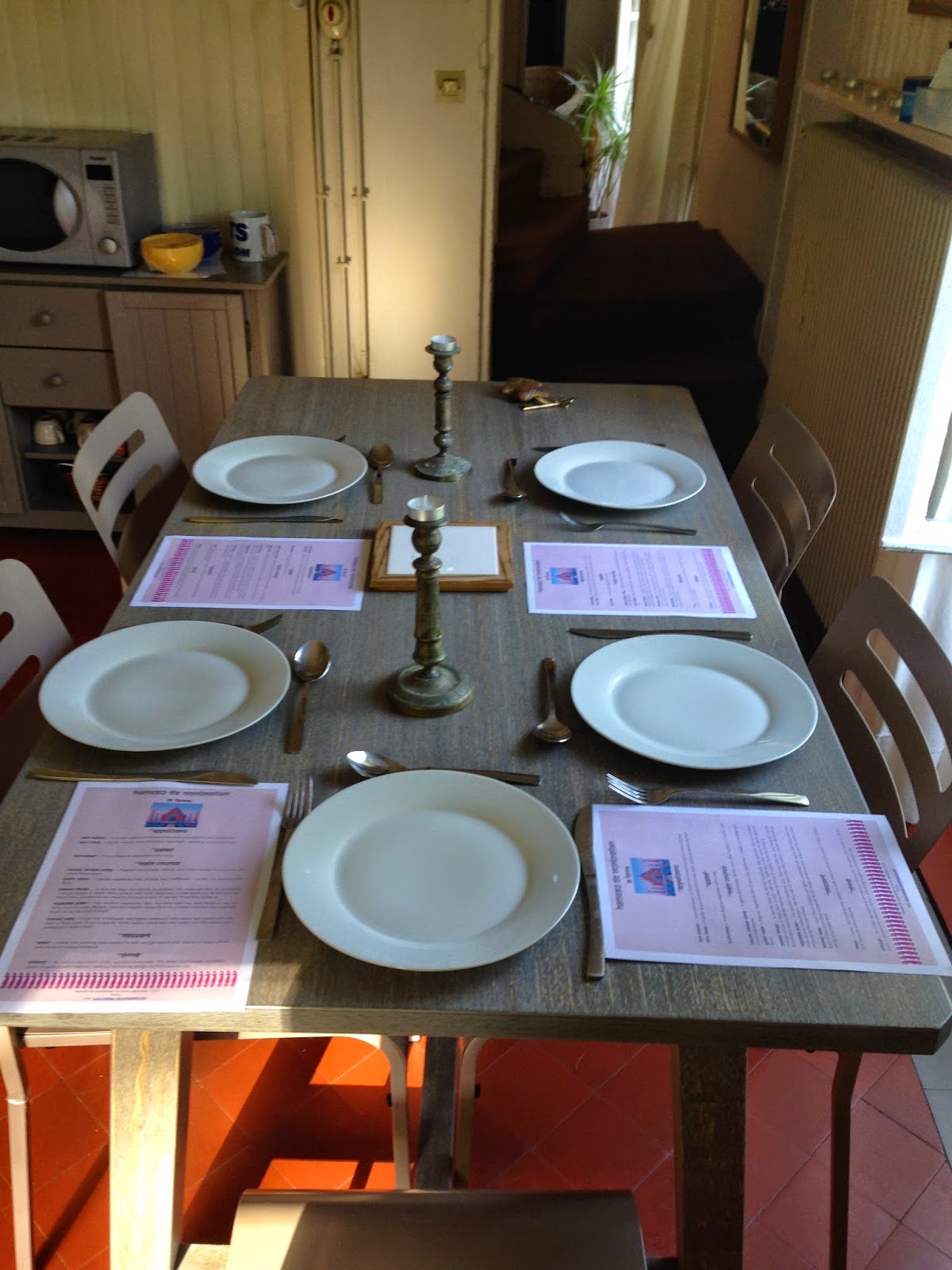 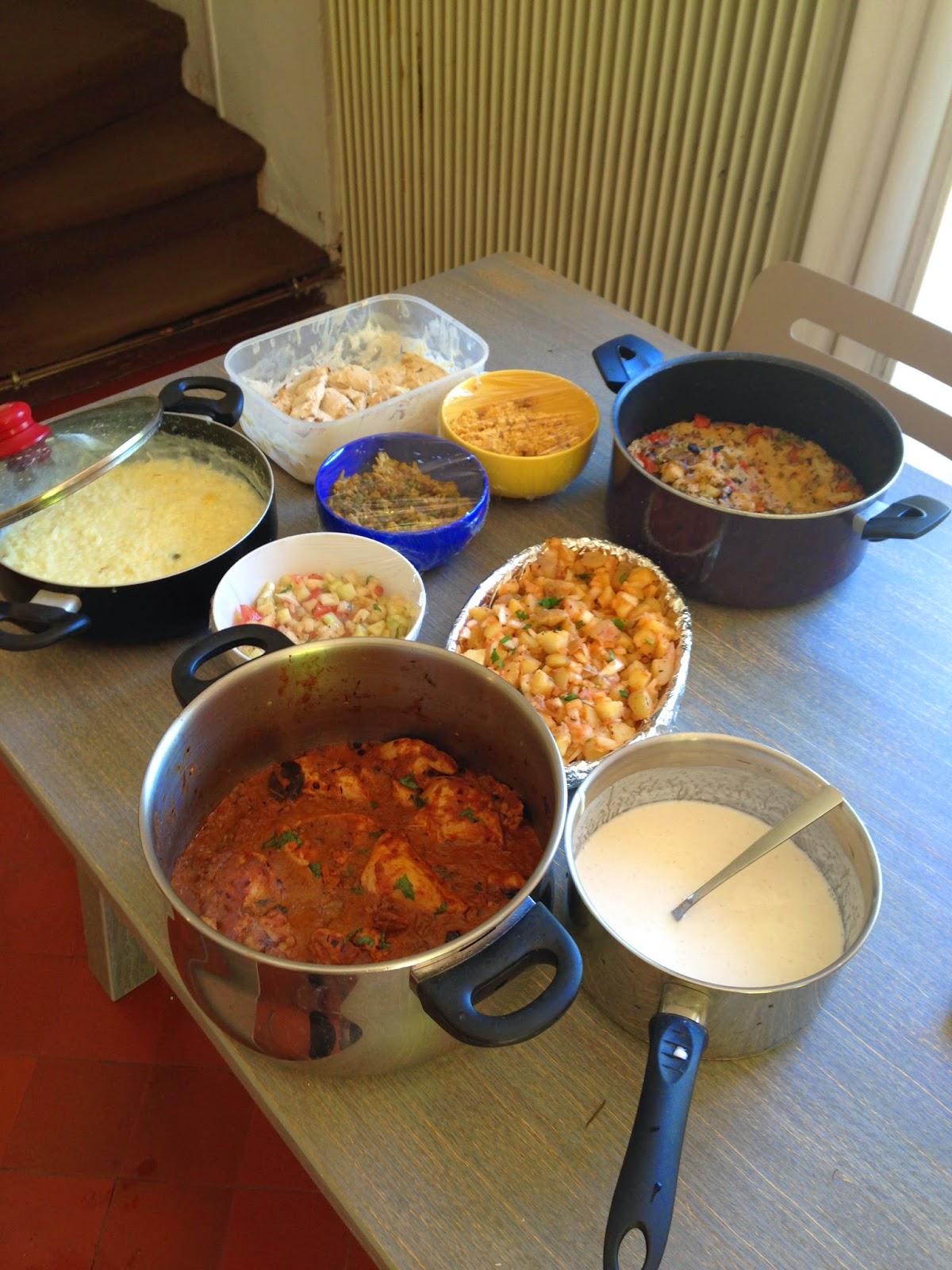